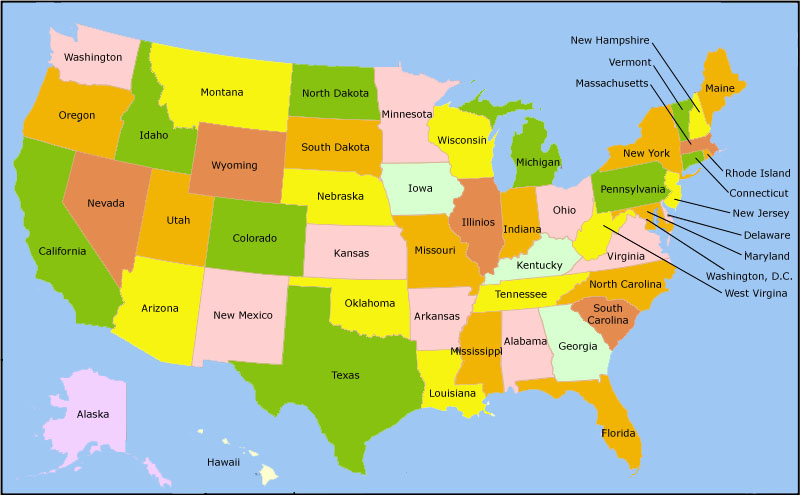 With the upcoming changes to the residents of the White House, a lot of people are discussing National Reciprocity for concealed carry permits.  Currently, you can get a concealed carry permit in your state of residence or a non-resident permit.  With that permit, you will be able to carry in the state that issued it, but beyond that, no other state is required to honor that permit.  Depending on what state the permit is from plenty of other states will honor it and allow you to carry in their state as well.  A combination of permits from different states such as Utah, Nevada, and Florida will allow you to carry in more states than any one by itself.  The problem is no one permit will allow you to carry in all 50 states.  Not even the Utah concealed weapons permit can get you into all 50 states, this is where the idea of national reciprocity comes in.

Has the law been passed yet?

No legislation has been passed at this point but the idea goes like this.  If you get a Driver’s License from your home state then all other states honor that and allow you to drive in their state.  While you drive in other states you still must abide by their laws such as, speed limits.  So if National Reciprocity for concealed carry were to become law you would then be able to conceal carry in all 50 states; you would of course still need to follow each state's laws pertaining to concealed carry.

Could this happen?  Yes is could, Republican Rep. Richard Hudson (N.C.) recently proposed “The Concealed Carry Reciprocity Act of 2017” which is legislation that if passed would make national reciprocity a reality.  Now that it has been proposed it still has a long way to go to get through the House and the Senate.  If it makes it that far President Trump would likely sign it as he has already expressed interest in this type of legislation.

Some states would benefit from this more than others

The above three states make it very difficult if not impossible to get a concealed carry permit.  This legislation would help the people in those states legally conceal carry.  They could get a non-resident permit, taught in their home state, for example, Utah permit classes are often taught in California.  New York and New Jersey also have many great Utah instructors offering non-resident permits taught locally.  Once they have obtained a non-resident permit, with national reciprocity passed, they could travel the 50 states and conceal carry everywhere they go.  The only caveat to all this is you would still need to abide by any local firearms laws, things like where you can and can not carry a firearm.

If this becomes law you will still need to obtain a concealed carry permit.  With few exceptions getting a permit will be the only way to take advantage of the benefits of legislation like this.  So don’t wait to see what happens, go ahead and get a concealed carry permit now and start enjoying conceal carrying your firearm when you leave the house instead of leaving it behind.