For information about how the Utah Provisional Concealed Firearm Permit works, click here. 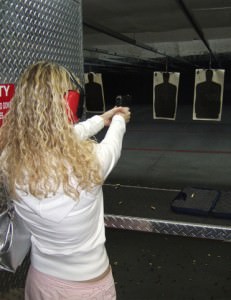 The 2017 Utah legislative session is over and one major gun bill was passed.  HB 198 sponsored by Representative Lisonbee and Senator Weiler passed.  The bill creates a provisional concealed carry permit for those between ages 18 and 20.  Applicants would still need to meet all of the normal qualifications of getting a permit.  Additionally holders of the provisional permit would be restricted from carrying on or near secondary school premises.

The bill was designed to give college aged students, particularly young ladies, the ability to protect themselves on and off campus.  Sexual assault of college age girls is as prevalent as ever and the sponsors of this bill wanted them to be able to carry a gun to help make them safer.  Opponents of the bill argued that this measure would increase suicides among this age group.  Senator Todd Weiler refutes this argument by stating,

We have already fielded many calls from anxious young adults wanting know if they can sign up for a Utah Concealed Weapons Permit class.  Currently we are telling them we still need to wait and see what happens when is goes to the desk of Governor Gary Herbert.  Given his history of being unwilling to modify Utah gun law, many have speculated the Governor would use his veto power on this bill.  While he may still veto this bill, we are encouraged by Governor Herbert’s comment of,

“I think there is a compelling argument that if you’re old enough to carry an M16 and go in the military and kill people, we probably ought to be able to trust you with a concealed carry permit…”

While the Governor has not committed to sign the bill we are hopeful that he will.

The Governor signed this bill on Thursday March 23rd, 2017; it will become law on May 9th, 2017. Click here to see our upcoming classes. If you sign up for a class in March or April, the state may not have updated the application process and other required documentation. Make sure to sign up below for updates so we can keep you up to date about any relevant changes, and new information the Utah BCI releases.

The Utah Bureau of Criminal Identification (BCI) has now released how it will implement the new Utah Provisional Permit program for 18-20 year olds.  18 to 20 year olds may begin taking classes immediately, however the BCI will not accept any applications submitted prior to May 9th, 2017.  This means you can register for any of our upcoming classes as long as you do not submit your application before May 9th, 2017. We recommend that you take one of our classes as soon as you can, have us hold your application, and submit it for you on May 9th.  Doing this will ensure you get your permit as quickly as possible.

If you are interested in getting your permit, but are not quite ready to sign up, click here and we will keep you up to date on upcoming classes and any changes to the law.